Nabeglavi is a mineral water from a natural spring located on the territory of the resort of the same name in western Georgia. In its rich composition, it belongs to the category of healing mineral waters and is not inferior in this to the famous Borjomi. However, a feature of this mineral water is that it can be used not only for balneotherapy, but also for drinking.

In 1905, the source of Nabeglavi was discovered. Once, local residents noticed how mountain goats drank greedily from a small spring. After tasting the water, people noted its excellent rich taste, and over time, they began to notice its healing properties. 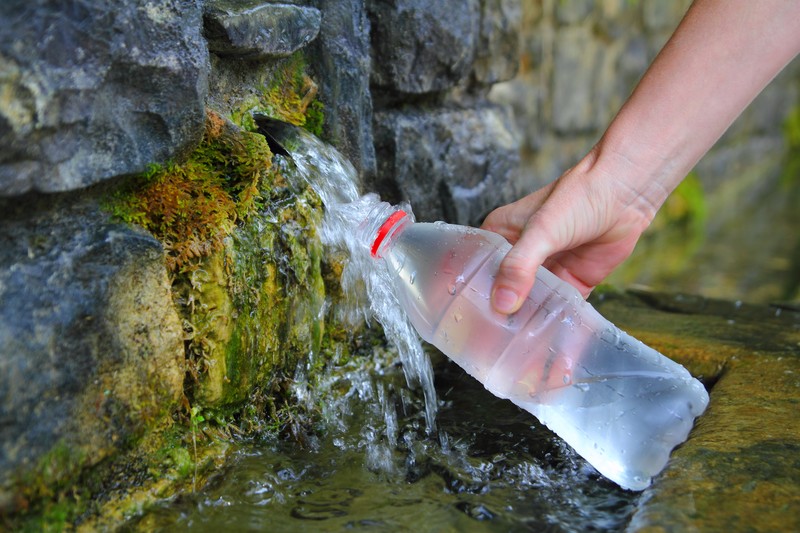 However, the determination of the chemical composition of the source in 1921 was first made by the then-famous scientist and researcher from Latvia Robert Kuptsis. Much later, work on studying the composition of water was carried out in the 30s of the twentieth century by scientists from Georgia and foreign researchers.

And in 1958, they began to pour water by the industrial method after the balneological resort was founded in the village of Nabeglavi. In those days, productivity was small, and distribution across distribution networks was negligible.

In 1998, the production of Nabeglavi under the leadership of the Georgian-Swiss company Healthy Water (translated as "Useful Water") took the leading position in Georgia. The quality of products has also improved significantly, having won the trust and recognition of consumers within the country.

In the mountains of the Lesser Caucasus in the ecologically clean region of Georgia, both Nabeglavi sources and the enterprise are located. The depth of the boreholes used to produce water varies from 180 to 1200 meters. 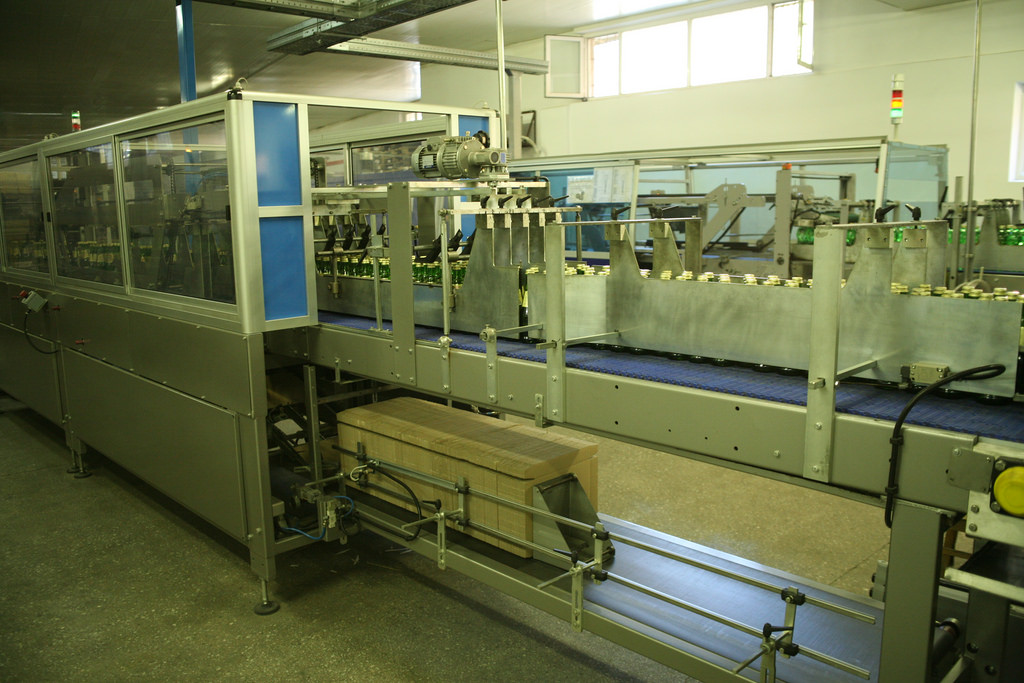 The production complex is equipped with modern European technology, which has a positive effect on water quality. With the help of three German automatic lines, 30,000 bottles per hour are bottled. Bottles are used both plastic and glass.

The source is located on the resort territory in the gorge of the river. Gubaseule of the Chokhataur region of Georgia, at an altitude of 475 meters above sea level. Nabeghlavi is healing and table water that can be drunk at the same time by anyone and in unlimited quantities. It is enriched with carbon dioxide, contains sodium bicarbonate and calcium. 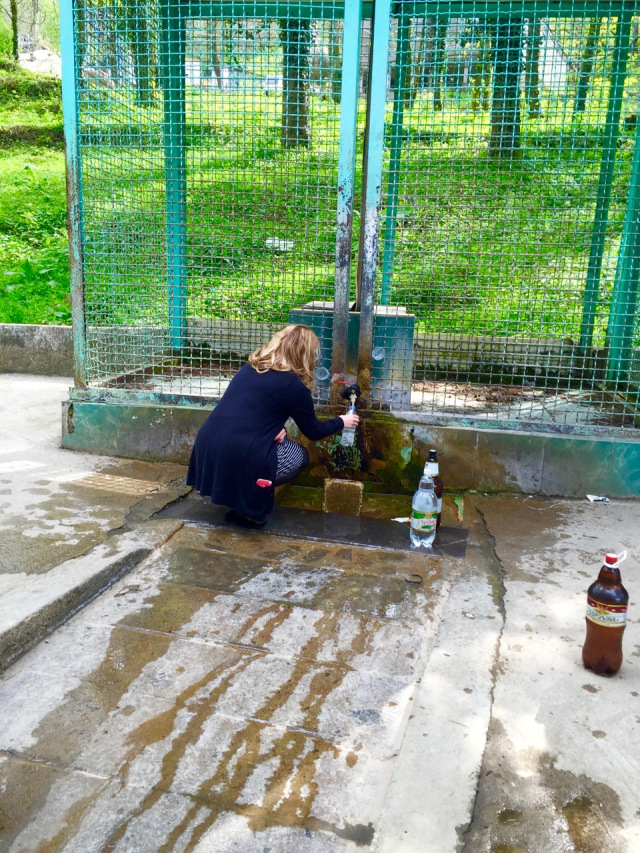 The formation of Nabeglavi occurs at a depth of 2 to 3 thousand meters. The source feeds on infiltration waters, saturated with minerals and trace elements from water-bearing rocks. Hence the unique taste and healing properties.

Nabeglavi is naturally carbonated water, which is a consequence of its enrichment with oxygen dioxide at the formation site. In addition, it is additionally saturated with natural CO 2 right before bottling.

One of the advantages is the presence of magnesium ions in its composition (three times more than in Borjomi), which positively affects the nervous, cardiovascular and digestive systems.

With the constant use of Georgian mineral water Nabeglavi, the body gets rid of harmful substances and is enriched with minerals.

The presence of silicic acid promotes regeneration processes. This “Nabeghlavi” property is used in the treatment of diseases of the gastrointestinal tract and skin. A small chlorine content (three times lower than in Borjomi) increases the effect of mineral water for inflammation of the stomach. A significant amount of sulfates contributes to the treatment of bile ducts and intestines. 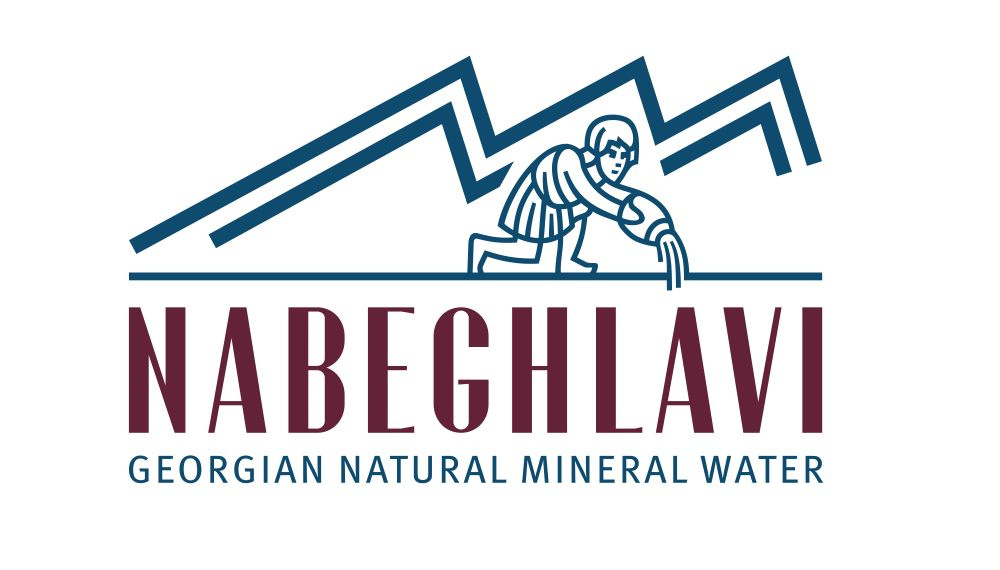 When using Nabeglavi for therapeutic and prophylactic purposes, it is necessary to take into account that with increased gastric acidity it is better to use this water without gas and warm, and, conversely, with low acidity - chilled and with gas.

The complex of minerals in the water allows you to use Nabeglavi as a kind of “inner shower” that cleanses the body from the inside and helps to eliminate toxins, improving metabolism and increasing immunity.

Having studied the reviews about Nabeglavy mineral water, we can conclude that they are mostly positive. However, so that healthy mineral water does not cause harm to the body, it is better to consult a doctor before using it.