Last December, Ilon Musk wrote to Twiiter that traffic jams drive him crazy and he is going to buy a tunnel complex and start digging. Many at first took it as a joke, but then he added that he would really dig.

Whether it was a clever PR move or whether it was originally part of a master plan, we are unlikely to know. This experience will be very useful on Mars, for the construction of housing and underground utilities. As well as tractors on hydrogen fuel, which will be produced by the electrolysis of water from electricity produced by solar panels.

Boring machine segments have been lowered into the starter tunnel. Going through final assembly. Will be a few hundred feet long when complete.

Later he founded The Boring Company, which will be engaged in the construction of tunnels.
The used Herrenknecht tunneling machine was acquired. The finished complex will be several hundred feet long. Tunnel Boring Machine (TBM), as it is called in the company, received the name Godot - in honor of the character of the play by the Irish playwright Samuel Beckett. There were other options, such as SnoopDug or Ultimate Boring Machine.
According to Ilona, ​​the snail is several times faster than TBM and the engineers were tasked to overtake it. 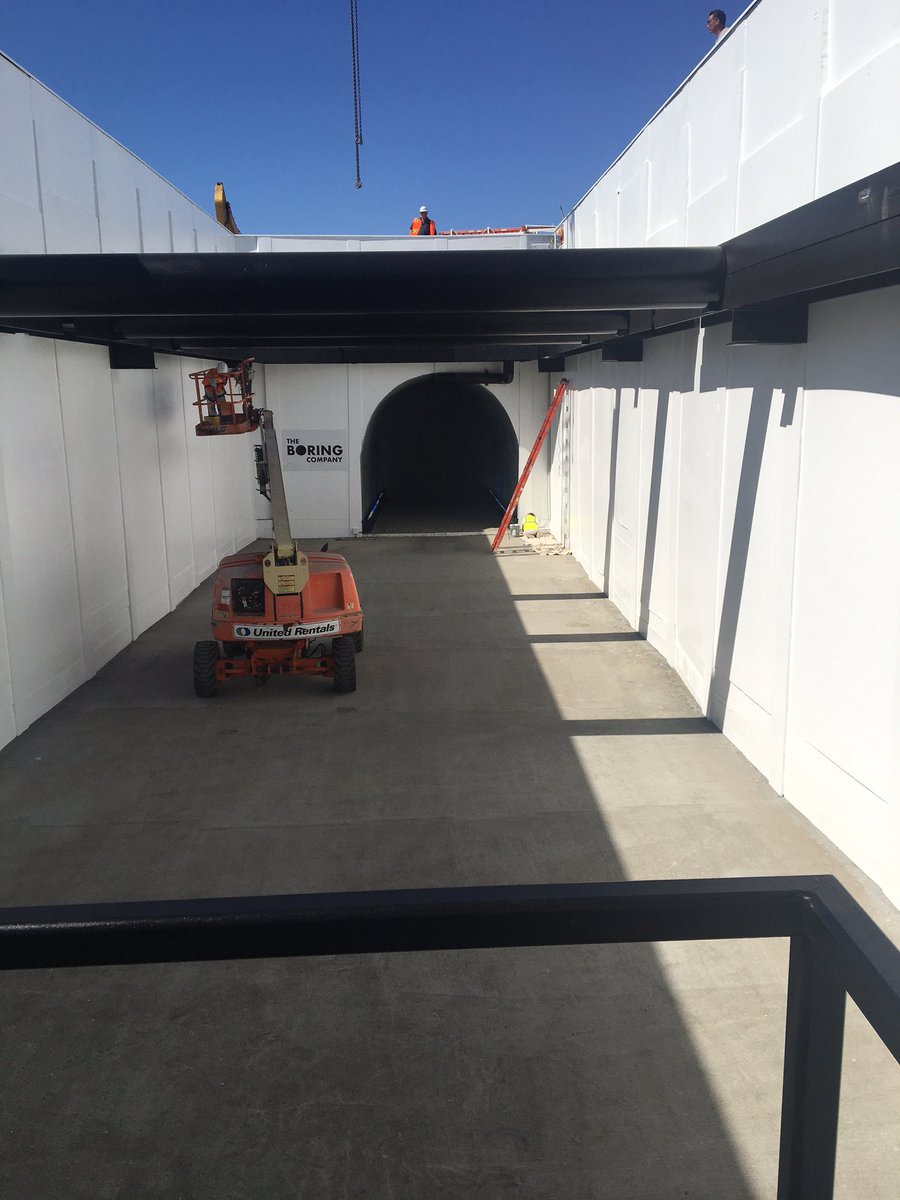 The entrance to the future tunnel located in the SpaceX parking area is completed on the 14th of May. The route of the tunnel will pass through LAX, Culver City, Santa Monica, Westwood and Sherman Oaks. And the future will cover other parts of Los Angeles. On the map you can see that Ilona’s garage can be one of the stops.