In the 21st century, China revealed another economic miracle in the global economy. Some analysts and scientists predicted the imminent collapse of "communist capitalism", based on the provision of benign tax regimes and cheap labor to world producers. Actually, it could not be otherwise - such a model is fraught with a collapse. However, the economy of the Middle Kingdom continues to flourish and has found new vectors of development, among which are leading e-commerce and technology.

Now the country produces millions of gadgets of hundreds of thousands of names and sells them through electronic platforms whose names are known throughout the world. We analyzed the trends and tried to find out what determines the success of the Chinese nation in the international market today. It turned out interesting. So, trends in one paragraph. 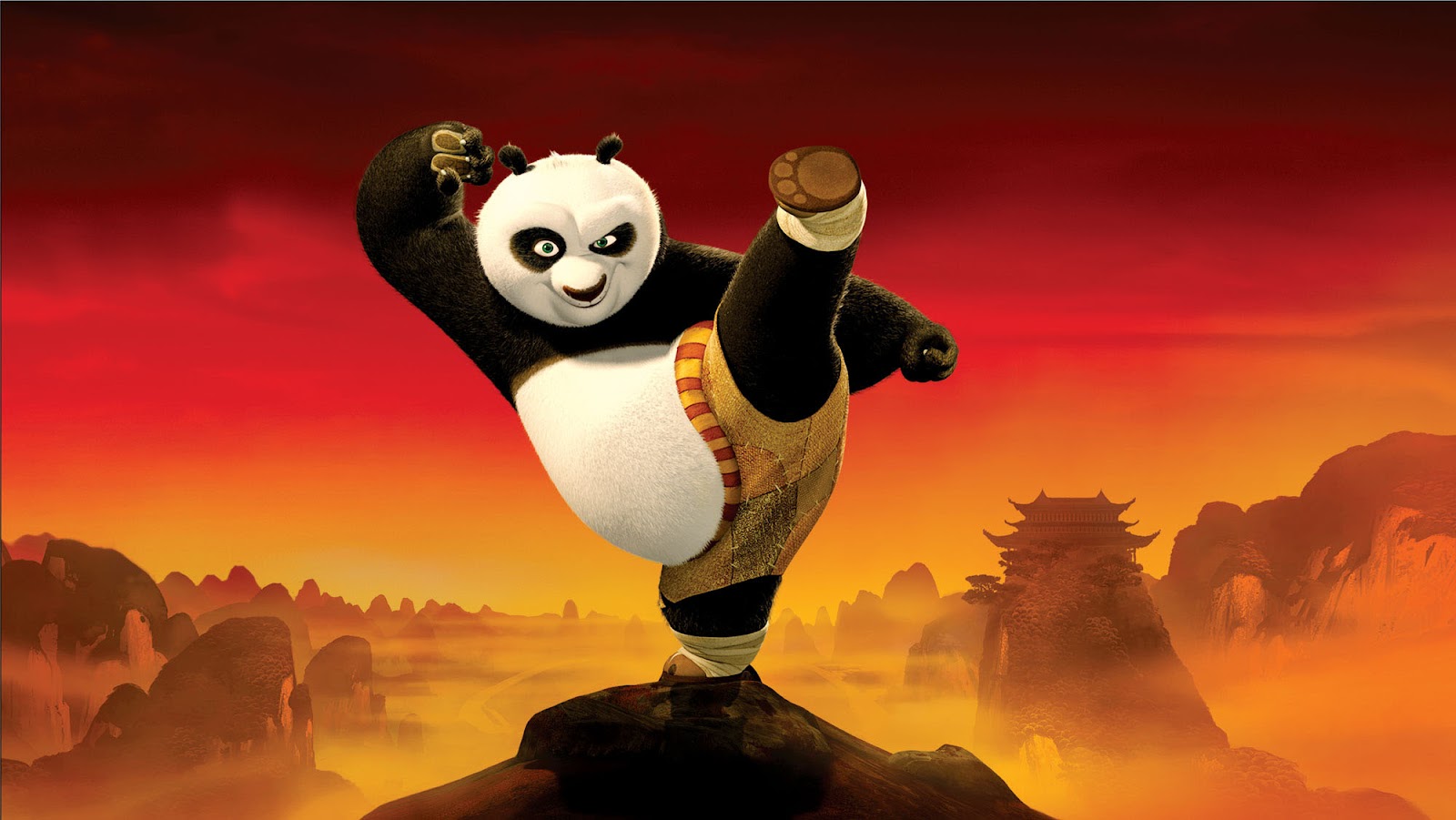 Big trends of a big country

China is, first of all, a huge domestic market. Imagine - more than 700 million Internet users constantly need new devices, wearable electronics, IoT systems, etc. Not surprisingly, some Chinese trading corporations have accelerated from zero to a billion dollars in market value in record time. So, according to a Cisco survey, 89% of Chinese respondents at least once a week, and use online store applications.

A similar global figure - 40%. However, one consumption will not go far, and China faces the task of bringing innovations to all industries, to business, to B2B, to the scientific sphere and industry. 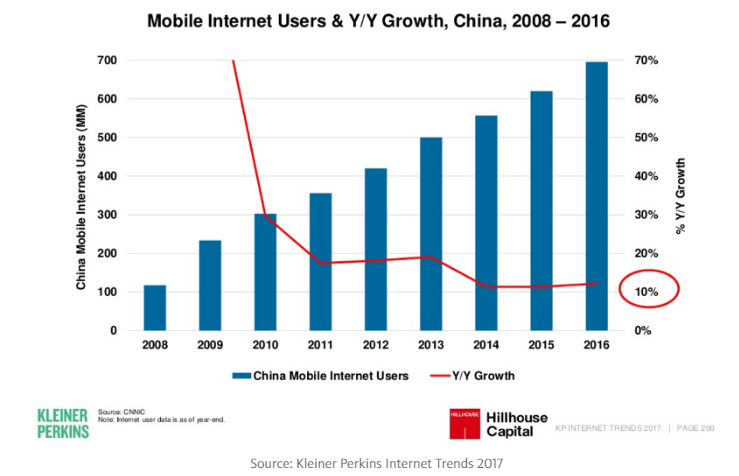 A minute of advertising

By the way, Gearbest is not the last among popular online stores in China. We, in turn, obey the laws of our country's business and constantly carry out friendly sales and flash actions. A generous country is a generous business. So this article we timed for the huge September sale - by the way, rate the graphics on the page. And also look at the special Russian-language version - while the translation is still lame, but no longer “the curtain is a male pig your bathroom”. You would know how happy we are to get down to this business! And yes, I almost forgot: all the coupons for the fall are also on their own separate page . 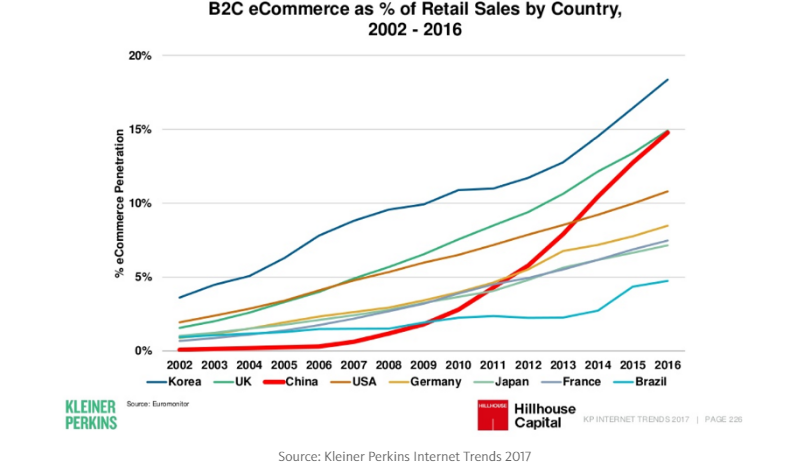 China came to consumer e-commerce after all and showed almost exponential growth, not overtaking only South Korea.

China is still the center of gravity of world producers at the expense of cheap labor. Nevertheless, robotics, virtual and augmented reality, artificial intelligence can significantly increase the efficiency of this army of workers. By the way, Asian countries understand this like no other and are already testing robots and robotic mechanisms (for example, exoskeletons) in their workshops.

Some Chinese companies have won almost at home the Chinese (and not only them) entirely, but so far they have little thought about digital ethics - we have repeatedly heard about the unauthorized collection of personal data of users by IoT applications and mobile devices. If this continues in the future, the transition to the digital economy can slow down - if end users do not trust their devices, they will be less likely to use them, they will start avoiding applications and hardware add-ons. And these are obvious business risks.

Quality made in China. New China

The concept of "Chinese" will soon be retained only for toys like "glasses nnnnada", since both the domestic, and Russian, and European markets dictate higher requirements to the quality of goods. Of course, this will not happen instantly, the changes are already noticeable - at least to reduce the number of negative reviews and customer complaints about the product.

Chinese manufacturers, telecom operators and Internet providers have already experienced a slowdown in the growth rate of the saturated market of large cities. Now their new target audience is adolescents and the elderly. A lot of educational and social applications are created for them, some very inexpensive devices are designed for them (for example, how do you like the idea of ​​online booking of nurse services at home?). Otherwise, they will actively develop elements of the smart home and the Internet of things - in order to cover the maximum spheres of consumer life, work with big data and sell even more. And of course, maximum personalization is expected. By the way, we made not personalized, but interesting collections of promotional items for this issue. 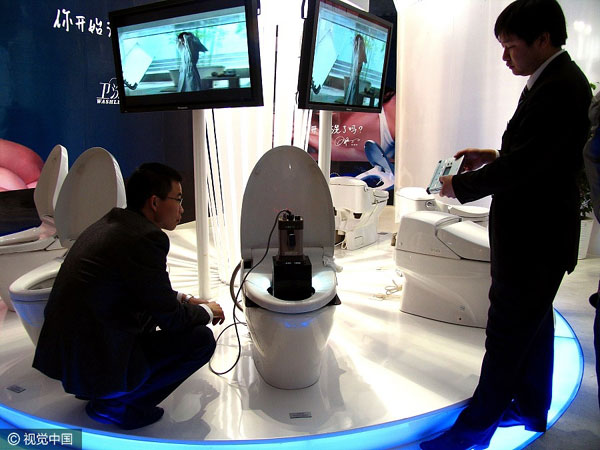 Photo of VCG. Even such areas of life: the health of the nation, all things ...

China is looking at India, India is waiting for China. This is a developing market, to which, nevertheless, it is possible to easily transfer the existing model for the sale of goods - in particular, the Indian population has already tasted Chinese smartphones and has demonstrated high consumer demand. Do not fall behind, and application developers and owners of online stores. However, new markets are new competitors, so we are waiting for new patent scandals and showdowns.

China will continue to amaze, amaze, resent, delight and generally overwhelm the world with smartphones - this is due to the enormous technical resources, availability of manufacturers of low-cost components and developers of software shells. We are sure that Xiaomi, ZTE, Meizu, Oppo are not the last names of brands known to the whole world. And I think that these will be not just copies, but new form factors and points of innovation. Wait just a little longer. In the meantime, we have collected a bunch of mobile phones and coupons on them on the same page (by the way, in fact, coupons not only on smartphones, but also on tablets!).

China will invest in intelligence - not artificial, but natural: right now, business and the state are investing in research and development, in development, creating conditions for start-ups, programmers, and engineers. Silicon Dragon already exists as a phenomenon, and will only evolve. By the way, for those who have Intel Inside, we have chosen some super autumn sale prices, and the most nimble will be able to buy a tablet for 50% of the cost - but you will have only 1 minute to do so, so get ready for samurai accuracy of actions.

The transport of the future is another Chinese task, primarily internal. Mega-cities of the Middle Kingdom suffocate from smog production, mining, transport. If the situation does not change, clean air will become the most expensive. Accordingly, the country more than any interested in environmentally friendly modes of transport. And if segways, scooters and mono-wheels in Russia and the world are more fun, in China it is a means of transportation. The same as a bicycle - in all major cities the cycle sharing system is operating with might and main (approximately like the VTB project in Moscow, only cheaper and the network is much larger). By the way, this is interesting: in China there is also an umbrella-hosting system - we definitely did not have enough of it last summer. As for road transport, 87% of Chinese who want to buy a car in 2016, were ready to buy electric cars, only 3% were totally against it, the rest did not show particular preferences. Alas, while the Chinese industry has not shown to the world a more or less decent electric car. But there is absolutely no doubt that it will be revealed. We hope it will be something more mundane and relevant than Faraday. 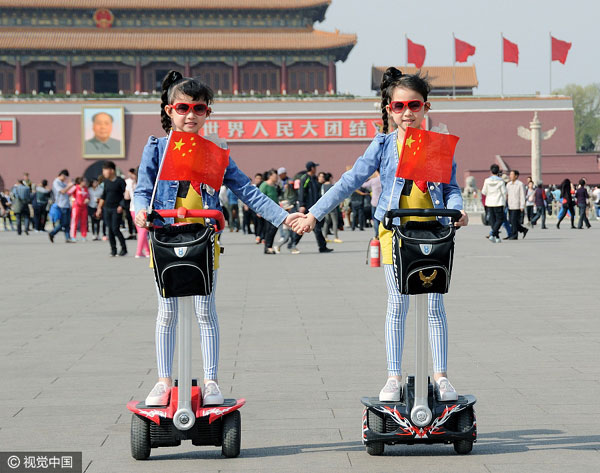 In 2016, the total downloads in the world from the iOS App Store and Google Play increased by 15 percent, exceeding 90 billion downloads. In the same year, smartphone users spent almost 900 billion hours on applications, which is 25 percent more than in 2015. China was largely responsible for this rapid growth, contributing almost 50 percent of annual growth to the iOS App Store. In the third quarter of 2016 alone, more than $ 1.7 billion was received in the Chinese market. US income from iOS. At present, China leads the market by more than 15 percent compared to the next largest market, the United States.

What applications are preferred by residents of Chinese cities in 2016

The mobile payment market is developing at a tremendous pace in China. And leading, of course, the national payment system. 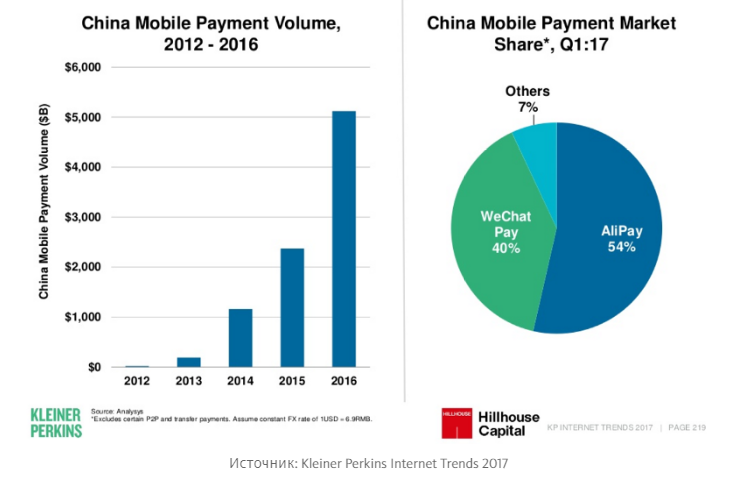 At the same time, the population of China is not afraid to pay by various methods, to use all possible methods. Actually, the trend is obvious: on the go, choose, buy, pay. 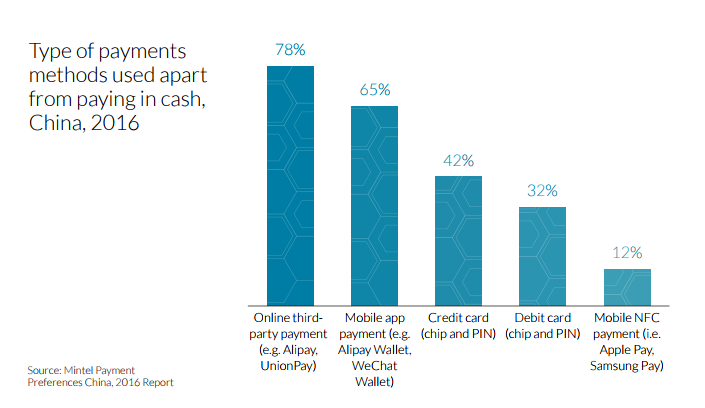 Do not pack your bags

If, after reading the article, you are thinking about emigration and you want to become an Xiaomi engineer or programmer of the Chinese space program, then take things back. The medal has two sides. On the other hand, China is an extremely risky region from an economic, legal, political point of view. But we do not even care about it.


In general, the mysterious and unpredictable China plays a huge role in the international arena and so far wins. We hope that all technologies will be in the name of peace. XXI century after all.

All September discounts and news:

September sale - a huge amount of goods with the first autumn discounts.
The Russian version is a more or less digestible translation for those who are not at the MGIMO Finish.
All September coupons are coupons for additional discounts on purchases.
Intel Inside is a chance to buy a tablet in 1 minute and half price.
Interesting collections of promotional items - autumn collections.
Flash sales are instant, time-limited and very competitive offers for a wide variety of goods.

But the products that will be available from September 7 at low prices: