Prospects that appear with the start of regular flights Falcon Hevy, and my speculation on this subject

I look forward to starting Falcon Hevy regular flights. First of all, because this rocket will drastically reduce the cost of delivering to the PN orbit, and this will fundamentally change the situation with space production and with access to deep space. Here is a sign comparing the cost of delivering a PN to orbit using various carriers: Lyrical digression
One glance at this table is enough to understand that all existing and projected disposable space rockets are outdated forever. Anyone who wants to refer to the economic disaster of the Shuttle must first remember what the Shuttle is, and then compare with this:

This could be a spacecraft for delivering astronauts from Boeing to the ISS. X-37B, increased by one and a half to two times. But Boeing does not have a rocket for it, Delta_IV_Heavy is too expensive, and the power of Atlas-V is not enough. But we are not talking about that now.
The label is taken from here this article.

A little about the author of the article

Ashley Dove-Jay Spacecraft Engineer , at that time worked at the University of Bristol, and from April 2015 at Oxford Space Systems.

In this issue of the magazine published his recent article. 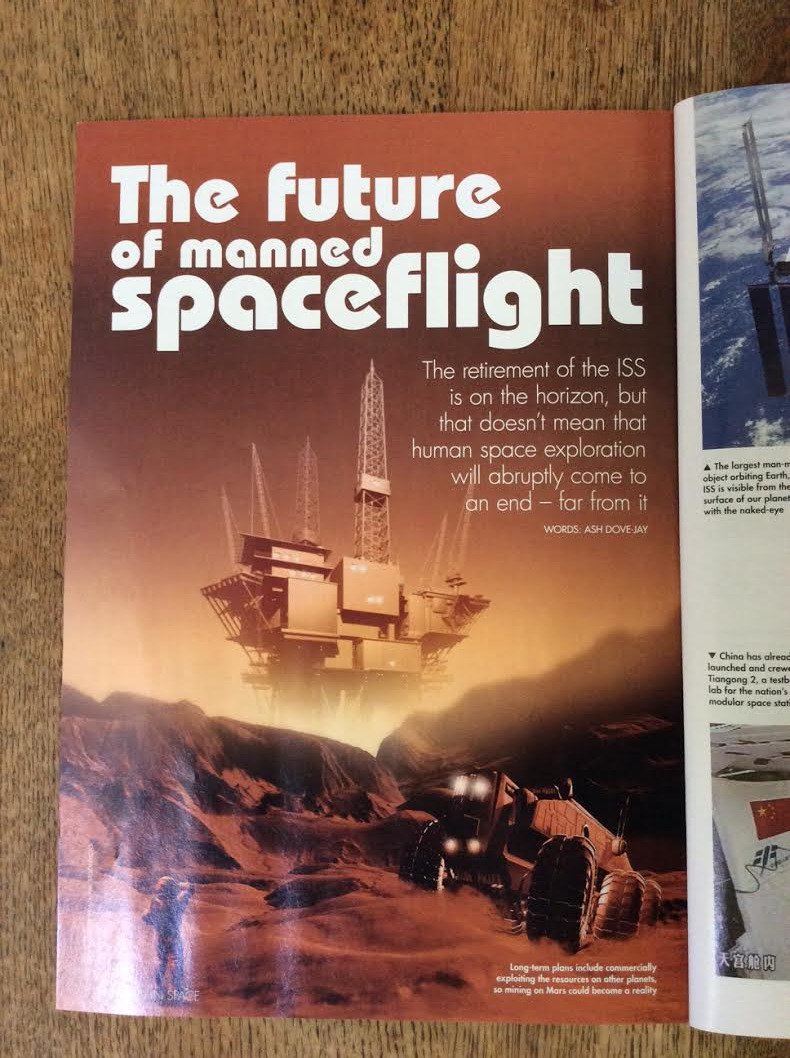 There is another interesting article by this author, "Mars is the next step for humanity - we must take it."
While on the official website of SpaceX we see these data:

Please note that the maximum PN value is indicated for a one-time rocket. The cost of the mission is probably the same, since these numbers have not changed for a long time. From this data we see that while the numbers in the table look too optimistic - about one and a half times. But even so, the Falcon-9 looks preferable. The lower cost of the Proton-M is more than offset by a higher insurance rate for launches on it.

Now a little about the prospects

SpaceX has a huge technological gap in the coming years from all competitors, and therefore Mask has no particular incentive to reduce the cost of commercial delivery of customers to orbit. Now he can cut coupons, and he needs money to create his own satellite manufacturing enterprise and to form a constellation. But customers have a huge incentive to give Mask a share in a commercial project for a discount on their launches. Such transactions are mutually beneficial, since a high-tech TI is very expensive and requires unique competencies that customers have, but are not available to enterprises of Mask. Customers get a discount, SpaceX is growing traffic, Mask diversifies his business, at the same time not eroding capital, and has a profit, either from the turnover of the project, or from the sale of its share in it. What can be produced in space? See NASA's NIAC 2017 and NextSTEP programs , read which programs CASIS sponsors

Back to the technique

Let me remind you that now the farm is planned with the usual, maybe only slightly reinforced, upper stage. But MacGregor has already finished testing the Raptor prototype with a load of about one hundred tons. As is known, the Ministry of Defense subsidized this development. MO wants a new top level for Falcon-9 and PF. And Musk wants a reusable upper stage, so they found each other.

But that is not all

Here, only my guesses, if you want - speculation
After the creation of the methane upper stage, Mask will have the opportunity to work on it not only its reusability, but also refueling in orbit. It is unlikely he will not take advantage of this opportunity. But, probably, not everything will turn out so easy. Remember how in the presentation Mask gently merge into one whole tanker and ITS ship?

In my opinion, if you try to dock in this way, the unaccounted now problem will manifest itself. The fact is that it is very difficult to precisely maneuver in orbit with half-empty tanks, in which there are hundreds of tons of fuel. Fuel, unfortunately, is not fixed in the tanks. But this problem is completely solved. It is necessary to launch a special station (unmanned or visited) once, which has large and durable (and hence heavy) manipulators. In principle, it is not even necessary to have a fuel storage on it. On the one side of this station, the ITS ship is mooring, and tankers, with the help of manipulators, must moor gently on the other side. The “mooring” maneuver with the aid of the manipulator is much more accurate than the “docking”, with it there is no significant acceleration, and the laws of orbital mechanics do not affect the relative movements of two rigidly linked objects.

Now once again look at what is written on the official website:

After mastering the refueling of the upper stage in orbit, Falcon Heavy has unique opportunities to deliver heavy loads (up to 60+ tons) to any point of the Solar System. Of course, this will not be a “single launch”, the fuel for the upper stage will have to be delivered by several flights of tanker ships. In the case of Falcon Heavy, this does not create a big problem, since these rockets can be launched quite often. For comparison, the Senate Launch System will not be able to deliver a payload of 50-60 tonnes to the Moon or Mars even in its full configuration, not to mention the price and frequency of launches. And Falcon Heavy will be able, albeit in several launches, but with a significantly lower price.

Therefore, the next step will be the creation of heavy AMC and rovers. For example, a heavy, weighing about ten tons, rover with a drilling rig for Mars. As an energy source, for example, Kilopower. The second Kilopower can stand on an AMC delivered to Mars on the same flight. Its task may be to test technologies developed for Mars. Agree, such a "duet" will be able to collect a lot of interesting information.

I'm not talking about the possibility of flying to the moon and the moon. Falcon Heavy, with its upper stage filled in orbit, may well be a means of returning to the Moon, and creating a "Moon Village" there . In conclusion, or ZY.

I perfectly understand that everything that is written at the end of this post is very debatable. So I invite those who wish. Let's argue.