The interface of the operating system Lisa. Screenshot: Mac History

In the 80s, Apple director Steve Jobs spent a crazy $ 150,000,000 sum for developing the revolutionary Apple Lisa computer with a new generation operating system - with a graphical interface, icons and a mandatory use of a mouse. As a result, only about 10,000 copies of this computer were sold after its release in 1983. People did not understand the brilliant idea of ​​Steve Jobs and did not appreciate the cost of a computer at $ 10,000 (taking into account inflation for modern money, it is about $ 24,600). I did not understand the idea and the board of directors. The innovator-embezzler was transferred to another project, and then fired from Apple.

Soon each of us will have the opportunity to “touch” one of the first graphical interfaces in computer history on our own computer. The curator of the software at the Al Kossow Computer History Museum reported on the restoration of the source code for the Lisa operating system and all applications. At the moment, Apple employees are checking the source code, after which they will allow their free publication in the Computer History Museum.

Al Kossaw says that this event will occur in 2018. The museum will lay out the sources for all to see and publish the accompanying text describing the significance of the Lisa operating system for the computer industry. The history of the creation of the first graphical interface is interesting in itself . The honor of his invention belongs to the company Xerox PARC. At that time, Apple had no shortage of finance, because the Apple II computer was selling very successfully. After learning about the development of Xerox PARC, Steve Jobs made a generous offer to the company: he offered to buy out 100,000 shares of Xerox before entering the IPO at a preliminary price of $ 10 in exchange for having his engineers work with the Xerox graphical interface for three days . The inventors of the technology, which later formed the basis of all modern computer interfaces, agreed. Apple engineers did a good job - and subsequently created their own graphical OS, copying all the ideas of the Xerox PARC interface.

This is how the computer Lisa appeared - one of the first computers on the market with a graphical interface and a mouse. As already mentioned, the computer did not become a mass product - and could not be at a price when much cheaper IBM personal computers dominated the market.

A dismal television ad for the Apple Lisa computer in 1983

The graphical interface strongly quarreled between Steve Jobs and Bill Gates after Microsoft released the Windows operating system. Steve Jobs accused him of stealing Apple's ideas. But after all, Bill Gates also saw the Xerox PARC operating system in the same way and could also adopt their ideas. Yes, Apple did this before, but this does not give them the role of the main innovator, they were just the first to bring this interface to the mass market, which other inventors came up with (the same thing happened to other foreign inventions that Apple creatively reworked and earned on this: MP3 player, smartphone with touchscreen, tablet, etc.).

Bill Gates himself honestly commented on this situation. To Jobs’s outburst of anger, he replied: “I think it’s more like that we both had this rich neighbor named Xerox. I broke into his house to steal the TV - and found that you had already stolen it. ”

Officially, the name LISA was an abbreviation for “Local Integrated System Architecture” (Local Integrated System Architecture), but later Steve Jobs himself admitted that he called the operating system in honor of his illegitimate eldest daughter Lisa Nicole Brennan. Steve Jobs himself at first dodged in every possible way to avoid his father's duties: he even provided the court with documents confirming that he could not be the father of Lisa, because he was "sterile and sterile, and, as a result, incapable of reproducing offspring ". But later he acknowledged paternity and began to communicate with his daughter. My father graduated from Harvard's money, and now works as a journalist . 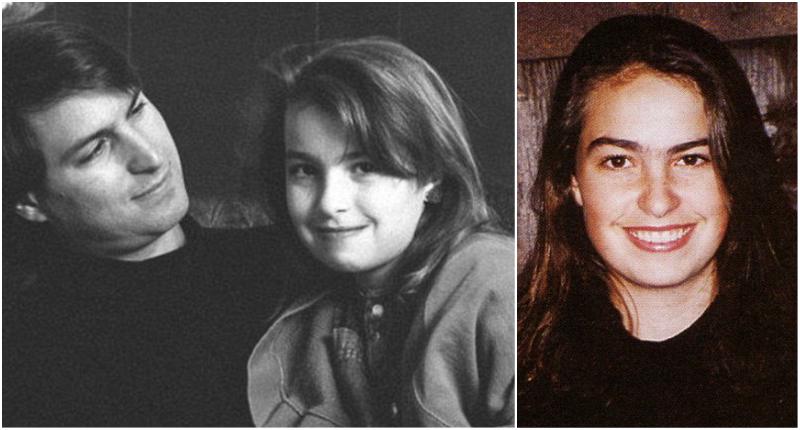 While the Museum of Computer History has not laid out the source code for the Lisa operating system, you can try out Macintosh emulators from different years presented in the Internet Archive.