The division by zero, is the answer the infinite universe?

Is our universe infinite? 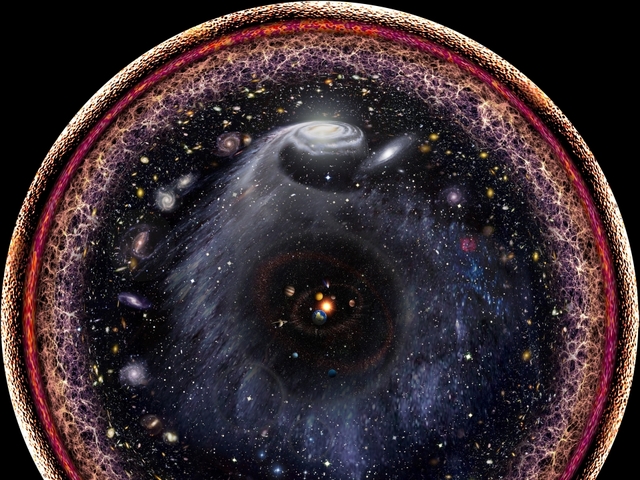 Attention! In this article, only the theory will be expressed, without scientific evidence.

Good day Giktayms! On writing this article, I pushed a video from YouTube about unusual numerical paradoxes. Namely, about the paradoxes of Zeno and why it is impossible to divide by zero, which will be discussed today.

The paradox of Zeno, is very easily explained on the basis of the Achilles and the tortoise. Those who are not familiar with this paradox, here is a visual video of another author:


I recommend to read before further reading.

(The paradox of Achilles and the tortoise)

If you do not want to watch the video, then I will tell you briefly: Imagine that Achilles is running after a turtle that overtakes him. The distance between them is constantly decreasing, as Ahilès runs faster than the tortoise. As a result, when Achilles approaches 1 meter, after a while it will be 0.1 meters, then 0.01, and so on to infinity. This means that Achilles will never catch up with the tortoise, but in reality it’s not at all like that.

In reality, there is no problem, we take Achilles and a turtle, put it on the treadmill and, please, Achilles calmly overtakes the turtle. This is where the possible proof lies that the universe is not infinite.

Let's try to explain it on the principle of operation of computer games. Usually, the position of an object is recorded as a vector consisting of x, y and z axes. And each value is stored in the data type float (floating point value) . For example, Unity3D uses a 32 bit float to indicate its position in space. The minimum value of which: 1,175494351 E - 38. , which gives a smooth movement at almost any scale. Here the important word is “almost” , that is, if we reduce and approximate the model very much, we will see how it moves in leaps. Jumping from 0, ... 1 to 0, ... 2 to 0, ... 3 , etc. This means that in the simulation in any case, Achilles will overtake the turtle. But as they say there is no blessing in disguise. If we have a minimum value of float, then there is a maximum, so to speak border of 3D space. Going beyond which we will not allow (let's call it) the laws of physics of the virtual world. In reality, we simply cannot give more than the maximum value of the variable.

If they return to the paradox of Zeno, Ahiles will not only never catch up with the tortoise, but never reach the limits of his invented world, for him he will be infinite. From -∞ to + ∞, oddly enough, we get the same thing with the function f (x) = 1 / x . And the most fun is that this function does not get the value x / 0 , since the function will never reach zero, like Achilles the tortoise. (Actually this can not be divided by zero)

Enough theory, let's practice. Take the real world, we all consist of atoms, atoms consist of protons, neutrons and electrons, which in turn consist of quarks (elementary particles) . As in the simulation and in the real world, Achilles costs nothing to overtake the turtle. All this leads to the fact that both in the simulation and in reality the elementary particles must also jump by the numbers 0, ... 1 0, ... 2 0, ... 3 as it happens in the game, because Achilles can outrun turtle here and there. This tells us that the Zeno paradox works only on paper, or in its own coordinate system, the value of which, from -∞ to + ∞. In reality, by jumping to the smallest values, the elementary particles of Achilles at some point overtake the tortoise, their coordinates become equal, after which Achilles runs forward.

We learned what coordinate system our space uses, let's go back to the main topic. If we have a minimum value, then there will be a maximum - the edge of our universe . There will be those who say, and why then, on the one hand, it can be infinite, and on the other hand, it can be finite. But the problem is that the coordinates or position is only an element of a large system called space, and it can either be completely infinite or completely finite. Also, this all pushes the question, and we are not in a computer simulation case, are we? But this is a topic for another article.

So today we have come to the conclusion that the universe is NOT infinite, in this post only a theory was expressed, how no one really knows the universe there, and cannot prove it. But perhaps this article, I pushed someone to make new discoveries.