A brief subjective review of conlangs 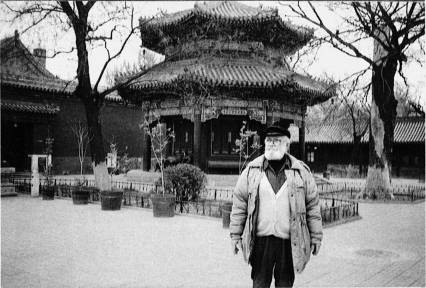 Spoiler - the photo is not George Martin.

How languages ​​were created:

English: - And let us, let the vowels read like horrible!
French: - And let's not read half of the letters at all!
Chinese: - And let's use the sounds of nature instead of words!
Russian language: - And let's write the words in random order!

The above quote perfectly illustrates the situation with historically established natural languages. I think many at least once wondered - is it possible to invent a language that would be devoid of the inherent flaws in natural languages. After all, for example, almost every year programming languages ​​invent new ones.

Congratulations! You are not the only one who has thought of this bright thought. The idea of ​​artificial language construction is already more than two hundred years old and I want to provide you with a subjective review of well-known conlangs (from conlang - con structed lang uage).

I do not pretend to the depth of presentation, but I tried to collect examples of texts and links to dictionaries and audio materials (which I could find), and also noted what I personally caught my eye.

So, in chronological order:

- And let's write the words with notes!

They say that everyone understands music, regardless of nationality. The creator of the Solresol language, Jean-François Sydr, apparently took this expression literally and suggested writing the words with notes.

Part of speech is determined by stress. In the verb the emphasis is not put, in the noun it falls on the first syllable, in the adjective - on the penultimate, and in adverb - on the last.

Feature: antonyms to the word is done by rearranging the notes in the reverse order. fala is good, lafa is bad.

In connection with a very limited alphabet, you can write words with the names of notes, draw on the stave, write in numbers or even show on your fingers. Honestly, I doubt that this language can be used as a general-purpose language, rather it is "proof of principle."

- We are economical people, why do we need extra spaces? Let's better add more letters.

I always perceived this word in the above-mentioned sense and was pretty surprised to learn that this is in fact a real language, invented by the German Catholic priest Johann Martin Schleyer. According to Schleyer, on the night of March 31, 1879, he had severe insomnia, he walked around the house all night until the Lord himself came to him, and Schleier saw right away what the international language should be. Amen! No, this is further, in the section on Interlingua.

In some sources indicated as the first artificial language, but no, Solresol was before. To be honest, there were attempts before Solresol, but they did not cause, as it is now fashionable to say, HYIP :)

I did not understand what is the simplification of this language compared to the natural ones. It is quite complex, alphabet with diacritics, cases, 16 (!) Forms of the verb.

Feature: Divine. It is believed that in the world about 40 people speak it, I think they need to hold an annual party. - And let's be over half the letters to draw a roof!

The author of Esperanto is Lazar Markovic Zamenhof. God did not appear to him, so I had to develop it myself for ten years.

I learned about Esperanto in the Soviet Union, in some children's magazine, I did not understand anything and since then I have not been interested in them. However, upon closer examination, this language was unexpectedly pleasant. Esperanto grammar can be presented in the form of 16 basic rules that do not know exceptions, one letter corresponds to one sound, parts of speech differ
endings: -o in nouns, -a in adjectives, -i in verbs in indefinite form, -e in derivatives of adverbs.

There are a lot of materials on the language, even there are songs on it. If you are okay with reggae then I recommend, for example, artist Jonny M on YouTube.

Feature: Esperantists had their own guest network already when there was no couchsurfing in the project. Yes, even without these your entornets it was possible to live on travels with comrades.

Interlingua was developed as much as a whole linguistic association (IALA), although in the end it was mostly linguist Alexander Goud who doped it to the finished state. The logic of the creators of Interlingua IALA was extremely uncomplicated - why reinvent the wheel, let's take Latin and simply modernize it. Amen.

12 basic rules, but - the presence of feminitives, which I personally consider completely redundant, special forms for adjectives, and different. It was also a bit disappointing that the letters are read in different ways depending on where they are (as in English), although this is not so maliciously expressed as in English.

- And in other languages ​​there is XOR? We'll have!

Yes, the photograph is not George Martin, but the creator of the Loglan language is Dr. James Cook Brown.

Loglan, in fact, was the impulse that encouraged me to become interested in conlangs. Logical language! - I thought. Probably everything is obvious there! - I thought.

This is generally not a language for people, damn it. Well, not for the average person at least. Here Sheldon Cooper would be happy. The purpose of this language is to express information in the most consistent way. Yeah, no more playful. "Our people love every shit / every shit loves our people." Lo danrypeu pa cluva le muerzavkao and nothing else.

Typical examples of words from the dictionary:
mordu (mro mou) - X1 is greater than / exceeds X2 (object) in the Holy Spirit / Quality X3 on X4 (by how much).

You can make compound words, for example:
Vijbangoi, / vizhbAngoy / - (vidju + bande + godzi, the view goes away) V disappears in D from S through V, [V-DSV]).

Feature: XOR and there really is. onoi - the exclusive OR (XOR) le crina onoi le solflo gu tetri - the weather is either rainy or sunny, but not at the same time. 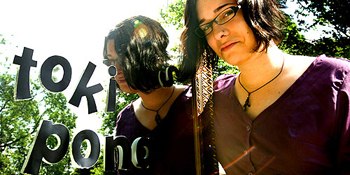 Toki Pon was actually filed into one physical person, Sonya Lang (Sonya Helen Kees) from Canada. The language was clumsy but very sweet, so it is impossible to speak it, but I really want to. Generic signs: the alphabet is only 14 letters, words are made up of syllables (as in Japanese), the basic vocabulary is less than 150 words in the university, we learned this overnight .

The first question most have just learned about tokiponu - and how on this something can be expressed? And so, actually, collecting from primitives.

Feature: Tokiponu can be written down by the Tengvar , which makes it possible to troll indiscriminately truts of role-playing artists who see familiar letters, but cannot read anything because we are in Kyrgyzstan, son . - And let's make the word "eternity" from the letters F, P, A and O. Nightmare mode.

The language was created by John Weilgart, a psychoanalyst.

The alphabet aUI consists of 42 phonemes (sounds), each means one concept. More complex concepts are collected as words from basic letters. For example:

Good luck to you, young lingvopadavan.